The government of Japan has declared an official state of emergency that runs from now until past the close of the Olympic Games, which the country is hosting this summer. Even though the legal declaration only covered the city of Tokyo and was announced as a way to decrease the spread of the COVID-19 virus, many outlying towns and cities that will host Olympic contests have decided to ban spectators from all events.

In the north of Japan, venues as far away from Tokyo as Hokkaido is going along with the emergency mindset and have shown solidarity, of a form, with Tokyo residents. The impact on the nation’s financial markets from the state of emergency declaration is already being felt. While the Japanese stock markets have not tumbled or entered into anything resembling a crash, some investors fear that the rise of COVID fears will mean bad things for exchange markets and ordinary citizens. One of the major worries is sluggish economic growth when Japan’s national business sector was beginning to recover from a very sluggish year.

Along with slow growth, citizens worry that more stringent lockdowns might be a key cause of troubles in the nation’s otherwise vibrant retail sector. The timing of the emergency declaration could not be worse, considering the current political instability, widespread public disdain for more pandemic restrictions, and worsening financial problems. Politically, Japan is entering what some consider a highly volatile period, one in which the two leading political organizations, the Liberal Democrat Party and the conservative Komeito Party, are taking a beating in public opinion surveys. Both online and in the streets, protesters use the slogan “Anyone but LDP and Komeito” to signify their desire to vote the incumbent administration out of office as soon as possible.

Japan’s national government, and the citizenry, had hoped this round of Olympic games would serve as official notice to the world community that the country has fully recovered from the Fukushima nuclear disaster of 2011. That’s a significant threat, considering that LDP has run the country’s government, either alone or in coalition with another party, since the end of WWII. Unfortunately, the impact of the COVID pandemic hit Japan harder than many other developed nations, and it continues to reverberate through the economy in the form of store closings, almost no public events, retail revenue woes, and a near-disaster for the tourism industry.

Like Italy, Japan’s economy derives vast amounts of foreign capital from tourists, who flock to the country’s world-famous landmarks like Mount Fuji and Tokyo’s Ginza shopping district by the million’s year-in and year-out. But not this year. It’s hard to measure the monetary value of COVID’s impact on Japan’s financial stability. International investors are beginning to notice, but the Summer Olympic situation, where there will be no spectators in the stands for any events, is unique. It served as a public admission that things are not going well in modern Japan, an industrial and innovation giant that has not seen economic instability or political unrest like this since the 1930s. And, that’s a decade most Japanese citizens would like to forget. 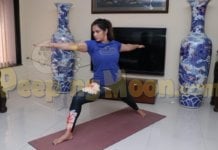